“Why did my soul choose to incarnate as a gay man and why did it choose to be born in India?” 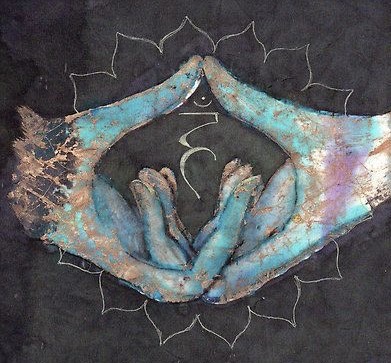 My client (JD) was about 35 years; tall, broad and handsome, lived at Faridabad. He had a well trimmed beard with a beaming smile. He was very soft spoken, a thorough gentleman- every time I got up from my seat he would stand up to open the door. He had two older brothers too.

JD is a budding script writer and a theatre director in Mumbai. He felt he was not financially independent and hence he came back and lived with his parents. His father was a retd Army general, a pilot. His entire family was from the armed forces. JD wasn’t entirely happy that his father gifted him the QHHT session (that I help facilitate and a trip to Delhi).

He said girls would find him very attractive, but he never felt anything for them. It wasn’t easy for him being gay through his childhood; being jeered and teased by friends and teachers as well.

He said he went through untold humiliation because the way he spoke, that was very gentle and soft.

In his relationships he said he felt he was always taken for a ride- never had anyone that he loved, reciprocated. Moreover living in India openly as a gay couple was a horror story that he thought could be well avoided. He wanted to go abroad and have a home and a family.

JD was shown 2 different life times.
In the first one he was gay, but that life was violently cut short. It could not be fulfilled. The authorities found out about his love story and then he and his partner were immediately ordered to be beheaded.

In another life, he was a little boy who watched his mother read the oracles in front of deities in the temples in ancient Egypt. Invaders came and killed his mother and captured him and used him as a slave.
—————————————
Lipa: Why did you show him these life times?
His Higher Self: JD needs to know that his desires are valid, for that is who you are. You have been guided along the mystical path, because this is who you are.
Every time the effect of military that killed you, that is the very reason you are born in a military family- to survive it. And you survived it. (They cheered him! )

He has had life times when he had no autonomy at all (no power to decide or to choose for himself). Be autonomous now.
He needs to understand that he has inspired many whether they are gay or straight, by being himself.
You must honour yourself. Once you feel deserving you are going to be so successful & so abundant- beyond your wildest dreams.

L: what about his love life?

HS: All his issues with men, all his anxiety with men are now being released. They are being healed. Now it’s going to be harmonious. Now he knows where it came from, he can release them.

L: Why is he born in India?
HS: His soul wanted to be born in the most mystical place in the world, and that is India. But he has to see through the veils of illusions.

L: why did his soul take birth as gay?

HS: JD is born into this family to be the teacher to his father. A chance for his father to understand something that is beyond his sphere of understanding.

They said that his father’s soul came down to earth for moksha/ liberation- he has forgotten that. This situation is created so that he would go inward and pray. Become soft & caring and not righteous and hard. In accepting his son and helping him with his needs, the father is aligning with his higher self and his life purpose. He was to learn to be a different person. And he is learning through this situation. He is changing and that’s very important.

HS concluded: JD’s mission is to survive successfully in the earthly plane. He can have whatever he wants. We are always with him- loving him, encouraging and supporting him. We wanted him to know that.

JD woke up so happy, his shoulders no longer drooped. He felt his energy return and his walk had a spring ~ almost moon walking! He reached for the door and then came running back and gave me a tight hug before he left.