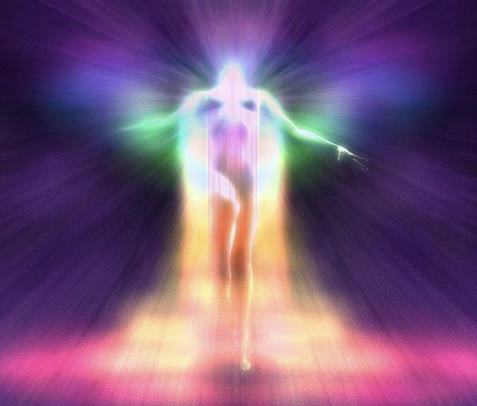 “Walk-in” phenomenon happens when a soul wants to leave the body and another soul enters or walks in to the body and continues from there on. The two souls have to have an agreement to have this experience.

From the QHHT Academy Forum two of the very seasoned QHHT practitioners shared their experience with walk-in souls in their session:

Last week I had a client ask if she was a walk-in. She had tried to kill herself and a walk-in had occurred. Her soul was very tired and another was eager and grateful to use her vessel (her body) to have an earth experience.

I’ve had a lady recently as well, that was a walk-in. The soul before, had childhood trauma that was so intense and abusive, she needed to escape. What was really interesting, is how detached she was now, from the earlier pain. She remembers everything, all the trauma, the abuse but with no emotions that might affect her.

——————
Later I found the Sanskrit term for “walk-in”. These two words explain everything- Parakaya Pravesha!

Recently, I had a client who was very depressed. He said he had been struggling with life ever since childhood. His request unnerved me.

His story:
MR is the only child and his parent have had very bad relationship. He loves them both and respects his father for giving him the best education, financial support and care. MR is a commercial pilot from Hyderabad, about 32 years old.

His mother always wanted him to live with them and made him feel guilty whenever he wanted to live separately. After he got married his wife could not adjust with his parents and my client and his wife had to leave his parent’s house and found a separate home for themselves.

However, two months after he moved into his new house his wife left him and they got separated.

MR said he had a near-death-experience. While he was still learning to fly he met with an accident. On a solo flight his engine caught fire and his aircraft landed upside down, escaping a high volte electric grid by just a few feet. He woke up on a hospital 36 hours later.

Determined to become a pilot, he returned back to flying. He said he had also studied art in college. He said he loves playing the drums and doing sketches. But he is a pilot now and has no interest in flying. He is flying so that his father would not feel that all his investment of money on his son got wasted.

His request:
Now here’s the thing, amongst many questions, he had one request. “I would like to offer my body/ my life to a “walk-in” soul. I have good savings, a comfortable life, a healthy body, no major bad habits. I want that soul to make my father proud. Is it possible to have this trade/ swap during the session?

I had never had this kind of a request before. I was shocked initially. Then I thought let me go ahead with his request and see what happens. 🤓

Higher Self:
Once his trance deepened, I asked the Higher Self about the “walk-in” exchange that he wanted to have and if that’s possible during the session.

HS- Yes it’s absolutely possible. He can do that any time.

L- He wants to do it now. Is that possible?

There was a pause.

HS- I don’t see anyone ready for the swap now. But this can happen, if he wants, even in his sleep.

The reason I’m sharing the story is that, as humans we have so many choices and options to explore! But here’s what he got when he woke up.

This is where we get gold from- post session discussion. The session opened MR to see how he was so serious about everything. His HS expanded his view about life. He realised he has so many options he could explore. He could also work out his relationship with his wife. He loved her. He knew he could bring her back. She was the one who awakened her to spirituality. He also wanted to become a father and his Higher Self said he could explore that possibility too.

As he left for the door, he said with a big smile, “I think I should start sketching now.”

He realised that he was giving away his life without living it fully. The session helped him understand that he had the option of walk-in, but he found that his present moment is precious. It’s giving him yet another opportunity to explore life and live it fully.