“Son, I will not be there to receive your father” 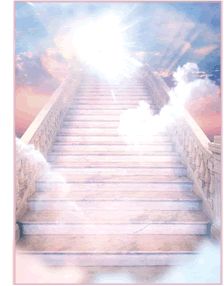 A grieving sister called from Australia asking for an appointment for her younger brother, TS, for a QHHT session with me. The brother, TS, 32, was willing to have a session. He was getting married the following week, didn’t have the time to fix an appointment.

Their mother suffered from cancer for 5 years and died a year ago. The family was still grieving. Their father worked as a senior bureaucrat in the central government. TS had two older sisters. Just before his father’s retirement, his mother was detected with cancer.

The family took all care to ensure that the mother would recover. TS even flew her Chitrakoot forest to a famous Sanyasi for healing. She sat through the puja ceremony and then recovered for a while. TS was very sure that his mom would be fine after the puja. But the last time she went to the ICU, she never returned back.

The family was heart broken and shattered. This was very unexpected. She was the anchor in the family and was only in her 60s. The dad knew nothing other than office work. Now with this situation all of them were very angry and snappy with each other. Although they cared for one another.

TS waited for a year to have the session.

He told me that the pandit (from his sect) said that the soul takes one year to reach its destination. So he waited patiently. He missed his mom and dreaded being with his father now, because he worried about everything. TS was close to his sisters but they were far away and whenever they talked they would all cry, missing their mom.

TS: “I would like to meet my mother on the other side.”

TS goes through the process and in the end his higher self takes him where his mother’s soul was. TS was overjoyed to see his mother glowing with health and vitality.

Mom: I’m not dead. I’m just not in that sick body. But I’m doing very well now. Tell your sisters to stop crying for me. Son, please be kind to your father.

TS: Dad is worried and anxious now. Will you be there to receive him when it’s time for him to go to the other side?

Mom: No my son, only if your dad is cheerful and happy I will receive him. But if he is anxious and worried then I will not.

After he woke up, he said, “Lipa, to be honest, my mother was very reluctant to come and talk to me. I feel I gate-crashed (interrupted) into a private party. She looked so happy there. She has moved on. And so must we!”